Together with some of my friends from church, we are off to watch Cinemanila International Film Festival in Taguig.

We plan to watch Dinig Sana Kita. We wanted to watch it during Cinemalaya showing at the CCP but unfortunately we weren't able to get tickets.

Here's a bit background about the film.

Synopsis: A troubled teen musician is sent off to a retreat in Baguio to avoid being expelled from school. There, she makes friends with a deaf boy who shows her a life beyond her earphones. Barely able to communicate, the two still manage to form a bond that transcends their difference.

And of course aside from the above-mentioned film, I want to watch Coco Avant Chanel. 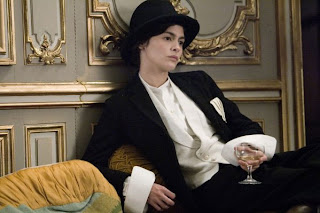 France | 2009 | 110 mins.
Directed by Anne Fontaine, Coco Avant Chanel is the story of Gabrielle “Coco” Chanel who began her life as a headstrong orphan and her journey to becoming a legendary couturier.